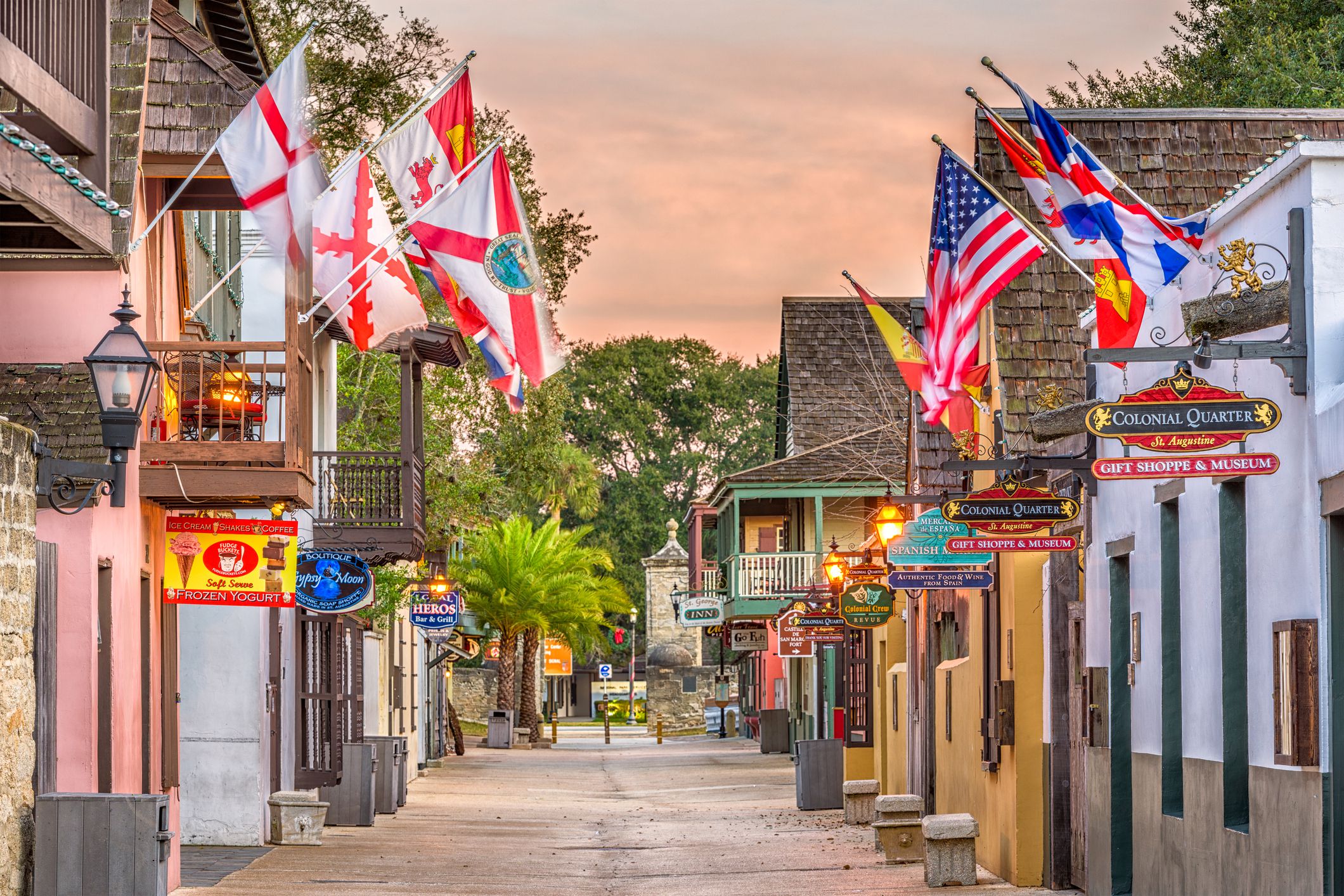 About mid-point on the A1A Scenic and Historic Coastal Byway, you can walk the streets of the first continuously occupied settlement in the United States founded in 1565, 42 years before Jamestown and 55 years before the Pilgrims landed at Plymouth Rock! Having discovered Florida in 1513, Juan Ponce de Leon thought he had discovered the fabled Fountain of Youth. It took seven more expeditions for the Spanish to establish a permanent colony to flank the French Huguenots who had settled further north. The fort at Castillo de San Marcos was completed just in time to fend off an attack by the British in 1702.  In spite of this early turmoil, today the streets of St. Augustine are still lined with buildings from the earliest days of the city, along with the late 19th century beauties created by Henry Flagler seeking to make St. Augustine the Newport of the South.