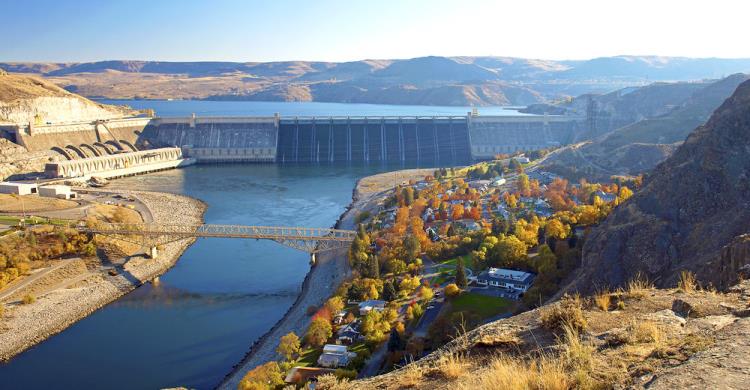 Not only does the Grand Coulee Dam serve as the greatest source of hydroelectric energy in the United States, the dam also formed Lake Roosevelt National Recreation Area, extending 151 miles upstream to the Canadian border. The 82,000 acres of Lake Roosevelt, named after the President who authorized construction, are lined with over 600 miles of shoreline. In addition to irrigation and power functions, Grand Coulee Dam is a primary factor in controlling the flooding of the Columbia River that regularly devastated agricultural lands and small towns before the dam was built. Fort Spokane is one of the cultural jewels of the National Recreation Area. It is  located on land that served as a gathering place for native tribes as they fished the Spokane River.  In 1880, the U.S. Army established a fort above the confluence of the Spokane and Columbia Rivers to protect westward traffic. When the military fort closed, the buildings were used as an Indian boarding school and tuberculosis hospital.