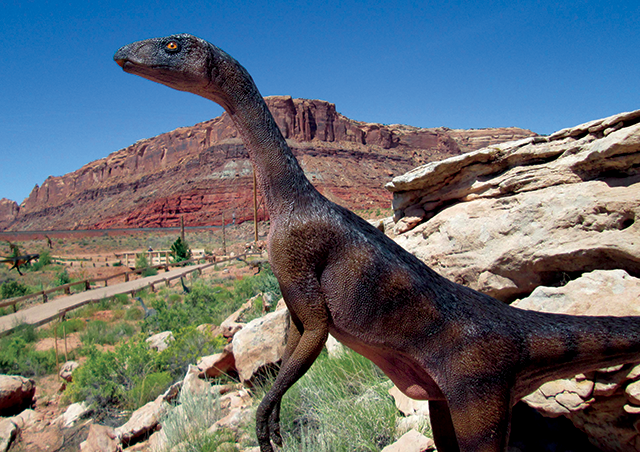 The over 480 miles of the Dinosaur Diamond Scenic and Historic Byway takes you through the region of the United States that has a higher concentration of dinosaur fossils than anywhere else in the world. Each of the four corners of the diamond-shaped route is anchored by a world-class museum featuring dinosaur bones, fossils, and lore. 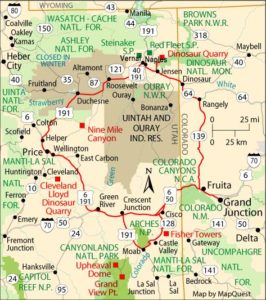 In between, there are trackways where dinosaurs walked the earth millions of years ago.  Yet, this Byway is not just about dinosaurs. There are three more stories – and astounding scenic views. Native Americans lived in the area millenniums ago, and their rock art can still be seen at a multitude of locations.

Pioneers settled the area in the late 1800s, and the towns they developed have been carefully preserved. And some of America’s most dramatic natural wonders; Arches National Park and Canyonlands National Park for starters, add especially dramatic irreplaceable natural beauty waiting to be explored. 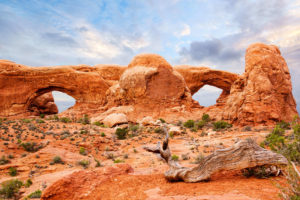