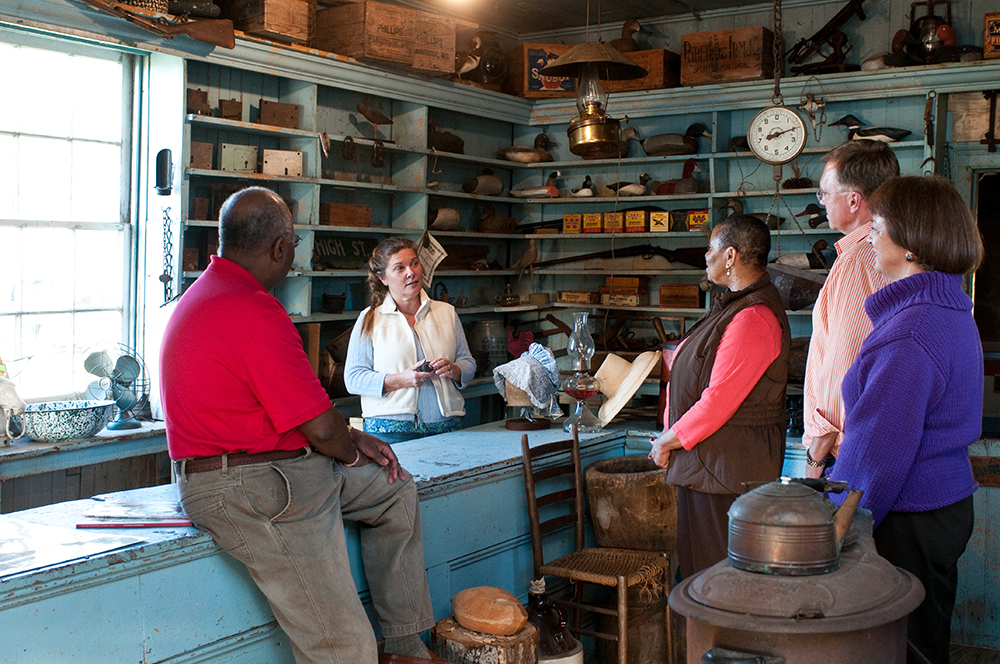 Harriet Tubman, namesake of the Harriet Tubman Scenic Byway, became widely known for her complete fearless defiance of those in pursuit of escaping African Americans.  Few know that her first act of defiance occurred in 1835,well before the Civil War at the Bucktown Village Store. Bucktown was then a busy community with two stores, a shopkeeper’s home, blacksmith shop, and surrounding farms. Shopping for goods for her master’s house, Harriet found herself there when a slave was being pursued by his master. His overseer ordered Tubman to help him tie up the man, but she resisted. Suddenly, the slave broke free and the overseer grabbed a two-pound weight and hurled it toward him. It struck young Tubman in the head, cracked her skull, almost killing her, causing a severe injury that troubled her for the rest of her life. Visit the Bucktown Village Store, staffed by the Bucktown Village Foundation who know the whole story.