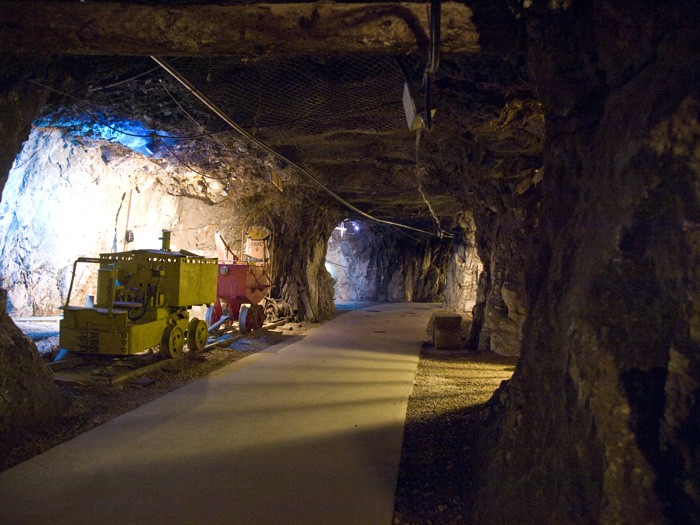 The name Silver Thread Byway is precisely the story of the route – illustrating colorful old mining camps, towns and the backcountry where silver and other minerals were mined starting in the 1850s.  The Last Chance Mine and Creede Underground Mining Museum let you experience the story up close and personal, going down into an actual mine and a museum created entirely underground.  True to its name, The Last Chance was the last major strike in the area. The prospector had been unsuccessful north of Creede and was about to give up when a businessman grubstaked him with $25 and three burros. During another unsuccessful search, his burros wondered off to Bachelor Ridge and refused to budge. Frustrated, he decided to prospect right where he was. Chipping away at a rock formation, he uncovered a weathered outcropping of lead-silver mineralization in amethyst quartz. Renniger gave that discovery the name Last Chance. The Creede Underground Mining Museum is located completely underground, having been blasted out of solid rock, to create alcoves for 22 displays along a path.