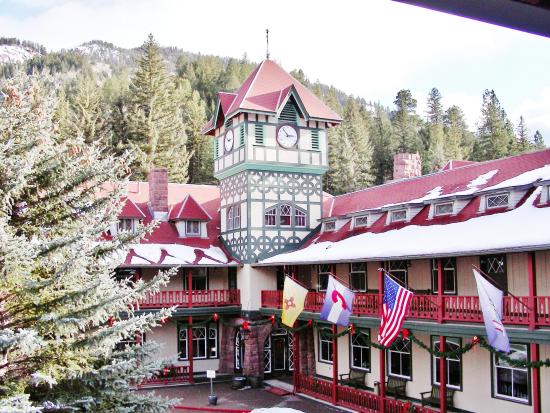 One of America’s more unique towns, Redstone, Colorado, is the center piece of the West Elk Loop.  It was founded by John Cleveland Osgood, the country’s sixth richest robber baron at the time who was called the King of Coal in the West.  Completed in 1902 at the cost of almost $3 million, Redstone was the utopian coal town with a castle for Osgood and his three wives, the Redstone Inn for the bachelor coke oven workers, 88 cottages for families; a Club House, theater, school, library, lodge, community garden and stables.  Each family had a garden and cow.  Workers were required to bathe before entering town.  There were no brothels and alcohol was only served in the Club House. Today you can still stay and dine at the Redstone Inn, tour the castle and see the coke ovens across the street used to burn off impurities in the coal.