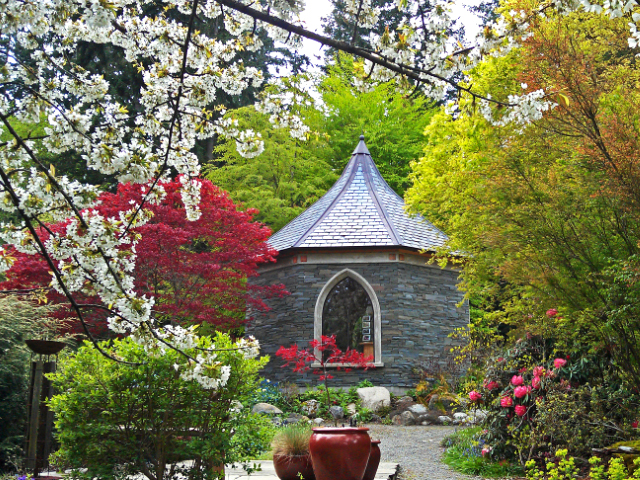 Filled with colorful, fragrant rhododendrons, Meerkerk Gardens was envisioned by Ann and Max Meerkerk as a Pacific Northwest woodland garden on the Whidbey Scenic Isle Way Byway. The influences on their plans were wide ranging – from the Rothschild’s Exbury Gardens in England and Max’s life in Asia, to the rhododendrons native to Washington State. When they began hybridizing rhododendrons and collecting unique species, the first five acres they planted were known as the “Secret Garden” surrounded by a forest preserve.  Ultimately, they purchased an additional 40 acres to showcase rhododendrons, flowering trees and conifers, before bequeathing the garden to the Seattle Rhododendron Society to be sustained as a peaceful woodland garden for rhododendrons and companion plants.