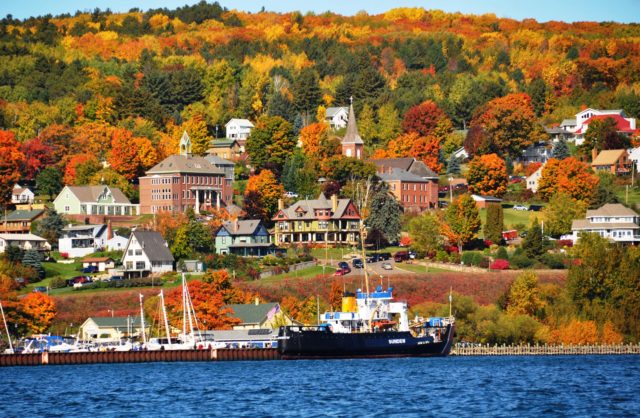 Native Americans lived along Wisconsin’s Lake Superior Byway long before written records and before Europeans arrived in the area in the early 1850s. The historic town of Bayfield was laid out in 1856, with the possibility to become an important port on the western reaches of the Great Lakes. Lumbering in the dense forests of northern Wisconsin spurred the town to its peak of prosperity between 1880 and 1910. The distinctive architecture created during that time was due to the nearby brownstone quarries providing the building stone so common in town. Skilled ethnic craftsmen used the stone and abundance of wood to build a community overlooking Lake Superior with grand houses and impressive public buildings. Sweeping porches with spectacular views of the lake were added to Queen Anne mansions and steeped roofs allowed the snow that piles up in winter to easily slide off. Enjoy the Victorian era architecture has been impeccably preserved and the timeless views have not changed.