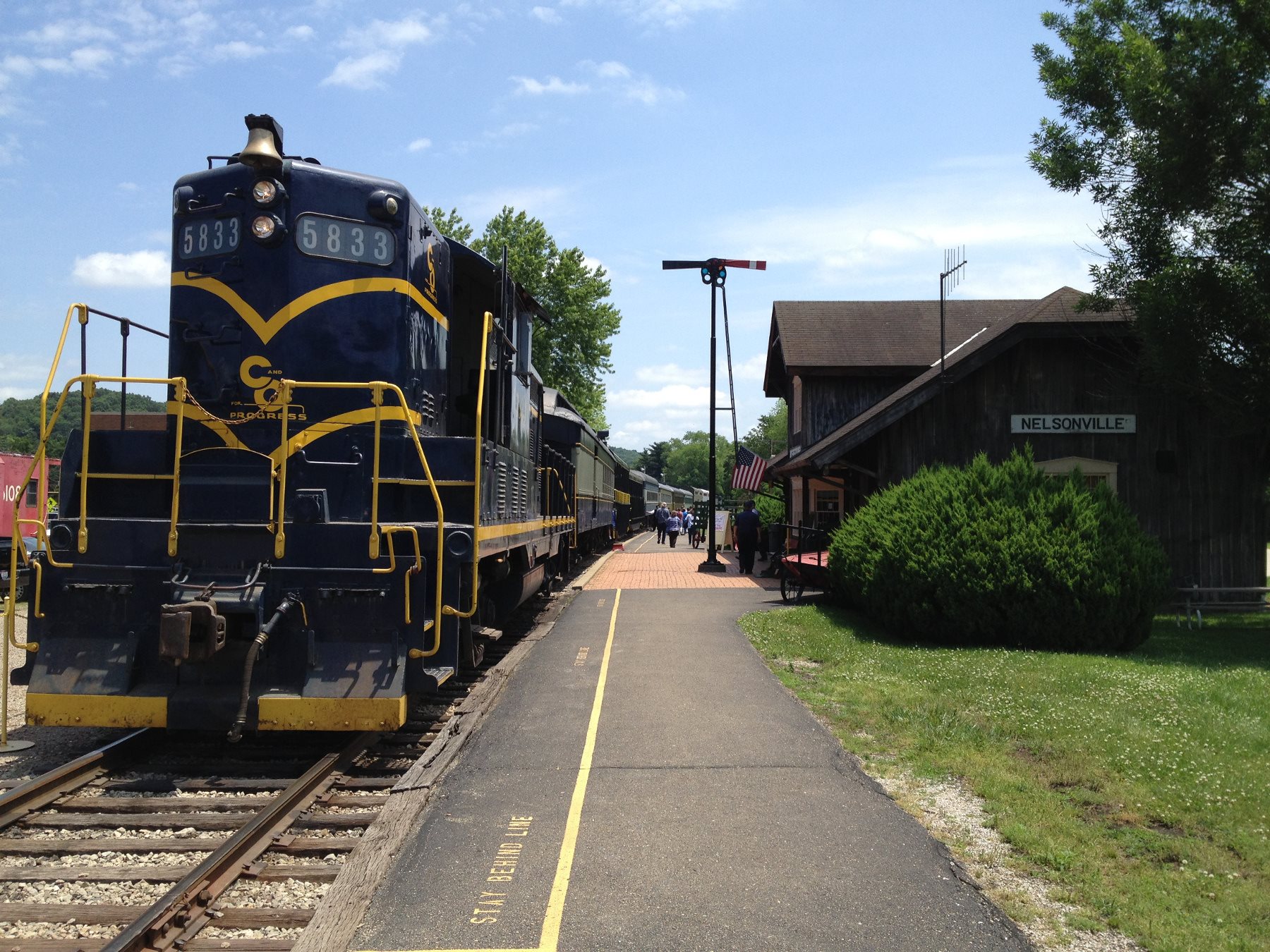 Meandering on the Appalachian Ohio Byway through southeastern Ohio, a ride on the Hocking Valley Scenic Railway is a must do – to transport you back to a simpler time when railroads were all the vogue. The original rail line intended to run from Columbus to Athens dates from 1864. It was constructed to be able to bring salt and coal from nearby mines. Soon it was also a way to transport bricks fired from local clay. When the first freight train from Nelsonville arrived in Columbus in 1869 there was an actual cannon on board that was fired as it approached each town along the way to let everyone know they were coming! The meticulously restored passenger cars are historic treasures in their own right.  The former B&O passenger and baggage car was built in 1918 and the three Rock Island commuter cars were built in the 1920s. The cars run on the same tracks used in the late 1800s and early 1900s to transport coal to central Ohio and on up to Lake Erie.