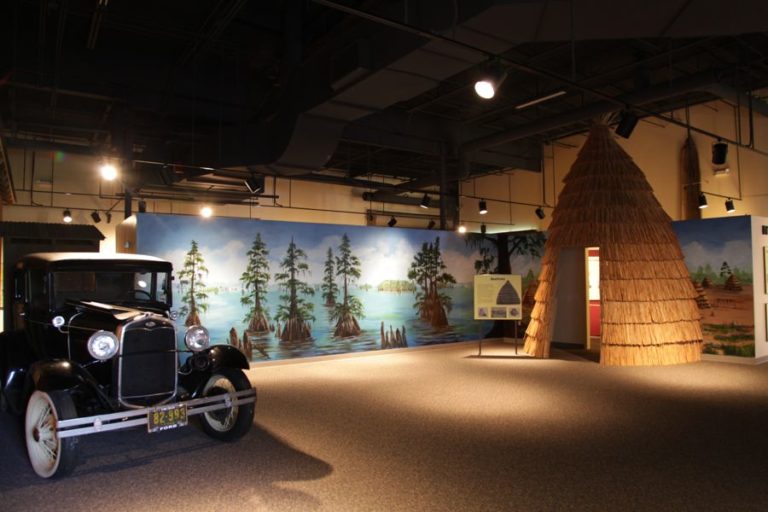 It’s been 115 years since the first oil well was drilled at Oil City, Louisiana. Originally just a whistle stop on the Kansas City Southern Railroad, five years later, the town boasted a population of 25,000. Oil City is a typical location on the Boom or Bust Byway, which tells the story of the ups and downs of this region in Northwestern Louisiana built on the oil and gas industry. In this first “wild cat town” in the region, workers put in 12-hour shifts, seven days a week. The town’s original hotel was a tent, with wooden sidewalks that lined muddy streets. The community provided meals to the workers, who came without families. Oil City is now the home of the Louisiana State Oil and Gas Museum, which interprets the fascinating drama of Louisiana’s early oil industry history though photographs, films and life-size dioramas. Across the street the old Kansas City Southern Railroad train depot holds an interesting collection of machinery, rigs and equipment that illustrate workings of oil and gas production.