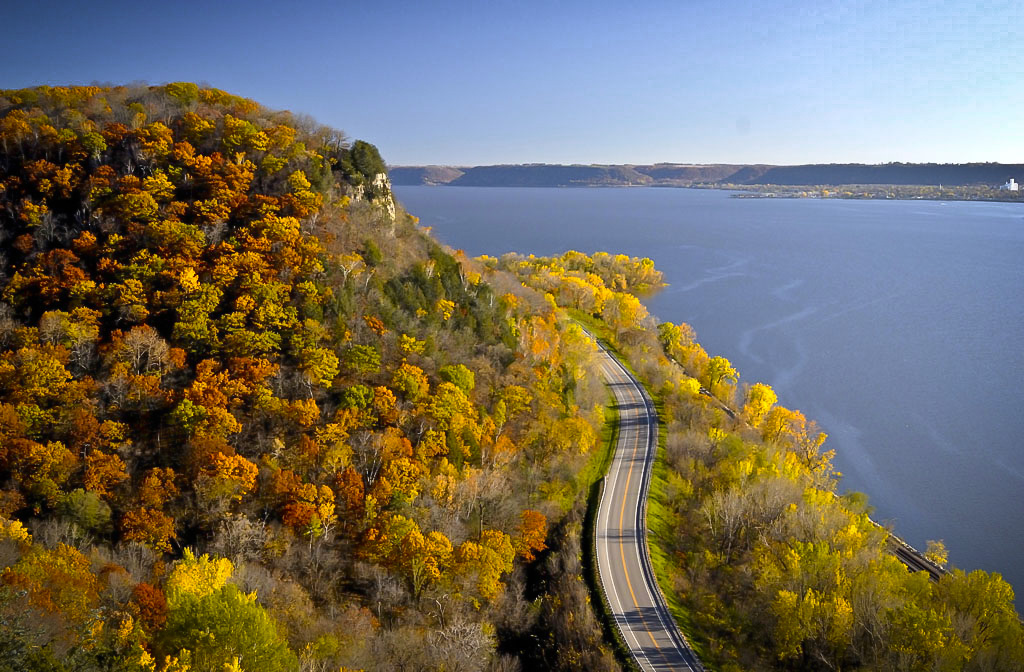 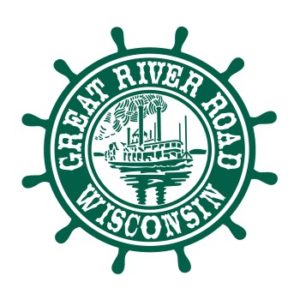 For over 100 years, from the early 1800s to the early 1900s, the 250-mile Wisconsin portion of the Great River Road, a.k.a the Mighty Mississippi River, that parallels the state, served as a corridor of commerce to ship lumber from the ancient northern forests being cleared, lead from the southwest corner of the state, and the immense supply of wheat produced by the fertile farmland that covers most of the state. 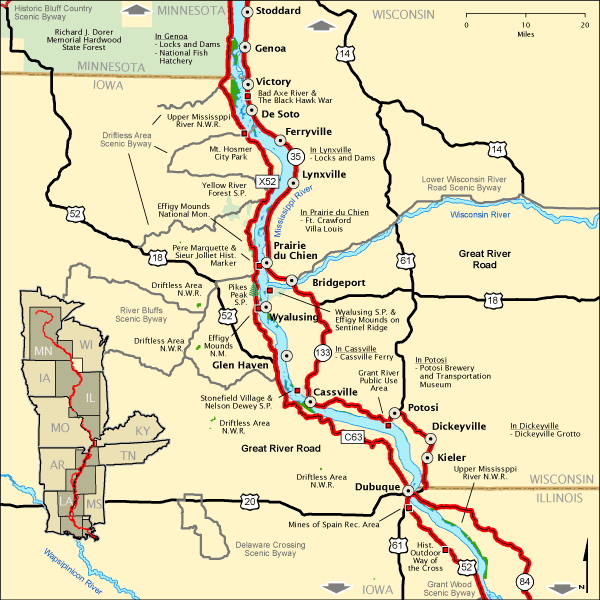 Remnants of a river culture that developed can still be seen in 33 historic river towns and villages that dot the route, towns that were already built on the heritage of the Dakota, Chippewa and Hopewell tribes, French fur traders and missionaries,  the first Europeans to arrive in 1673, followed by Swiss, German, Italian and Swedish immigrants who brought their timeless heritage.

The Wisconsin journey offers six Interpretive Centers, part of the network of 70 museums and historic sites that span the entire length of the Great River Road. 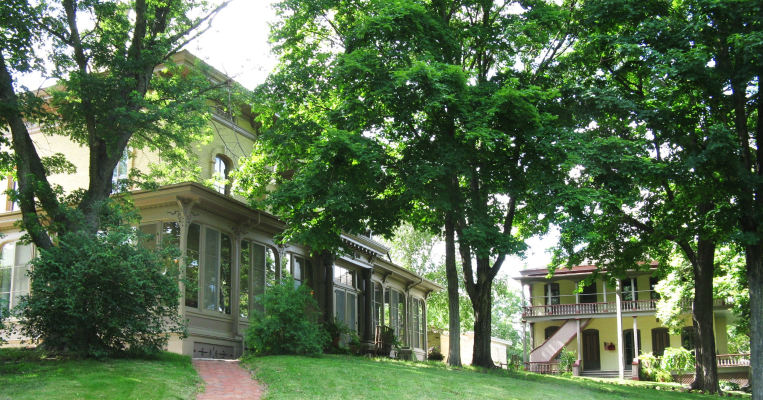 As you move along the route, spectacular scenery just keeps coming – deeply carved river valleys, rugged bluffs, and sheer cliffs of limestone and sandstone surrounded by prairies and savannas. In autumn, the river bluffs glow with the oranges, reds, and yellows of fall foliage. Some call this “America’s Prettiest Drive.” Travel the route, and you’ll soon see why.