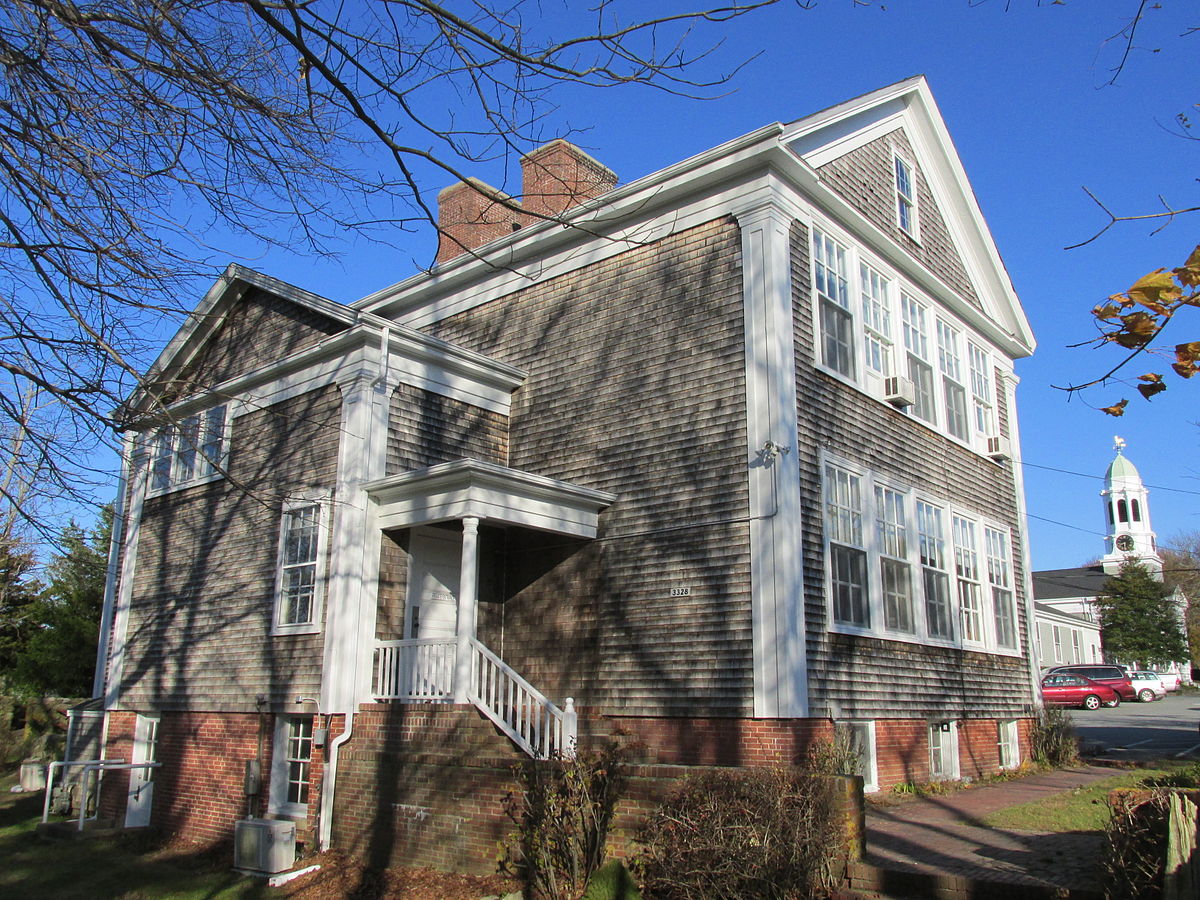 The Old King’s Highway Historic District on the Old Kings Highway runs the entire length of Barnstable, Massachusetts between the towns of Sandwich and Yarmouth.  The huge district includes more than 1,000 acres and 500 buildings that front on the road. The oldest buildings in the district are the Allyn House built in the late 1600s, and the Old Jail, the oldest wooden jail in the country, built in 1690.  It is now part of the Old Customshouse museum complex. The 1763 county courthouse was the scene of an historic mass protest against British efforts to punish Massachusetts for the Boston Tea Party. Protesters demanded that county officials refuse to obey the Massachusetts Government Act, passed by the British Parliament to strip the colony of its rights of self-government. County officials agreed, and Royal control of the county was effectively ended. As the economy changed and the importance of commerce along the road declined, the result was a large number of Federal and Greek Revival properties stretched out along the highway.