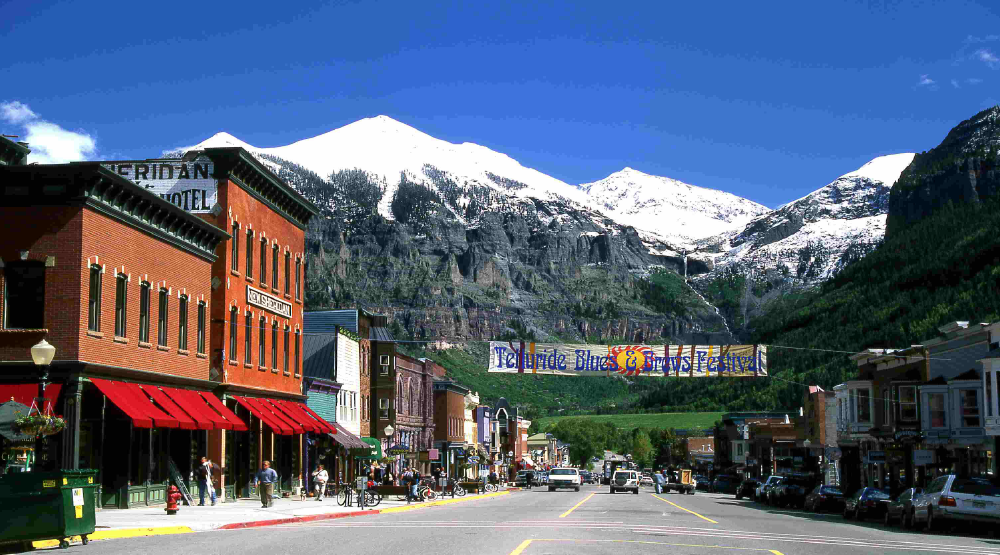 For the Love of the Road

Route 66. San Juan Skyway. Selma to Montgomery March. Three iconic byways Americans have known and loved for decades. Their reasons for significance are varied, but each is an essential square in the quilt that is America. What unifies these byways? Each represents an aspect of the freedom that we cherish.

The mere words ‘Route 66’ conjure up images of classic Americana, adventure, and of course, the freedom of the road. This 300+ mile-stretch of Illinois pavement is where the mother road begins. While heading west, away from the comforts of home toward an unknown destination, countless individuals have found themselves. They crossed our young country in a Ford or an Oldsmobile before interstates made travel fast, efficient, and much less colorful.

Color remains in plentiful supply, even in 2021, as you make your way southwest from Chicago toward St. Louis. This byway’s essence is rooted in its charismatic small towns, rural vistas, and places to rejuvenate while exploring the full spectrum of quirky American folklore. One such groovy stop is the distinctive Route 66 Hall of Fame and Museum (appropriately, in Pontiac). Between Lexington and Towanda’s communities, a mile-plus stretch of the original roadway has been restored, including fascinating informational kiosks. Hungry? The number of historic diners and filling stations along this route will ensure that bellies and fuel tanks never reach empty.

Approaching the Springfield area, one becomes aware of what makes this “The Land of Lincoln.” Honest Abe is a historical luminary nationwide, but he is positively an A-list superstar in Illinois’ state capital region. Absorb the aura of America’s most beloved president as you traverse his stomping grounds. Visit his home, his tomb, and contemplate the very nature of freedom Lincoln safeguarded at the Lincoln Presidential Library and Museum.

The southernmost stretch of Route 66 passes through towns such as Virden, Staunton, and Collinsville, where the motley assortment of small-town attractions continues with such diversions as Henry’s Ra66it Ranch and the world’s largest catsup bottle. Before crossing the mighty Mississippi, glimpse the distant St. Louis skyline as you stretch your legs on the historic Chain of Rocks Bridge. By now, you’ll see a bridge as more significant than steel and concrete. It provides the freedom to cross into a new state and, perhaps, a new way of looking at life.

Colorado’s 235-mile San Juan Skyway loop is another classic  American road trip. This byway presents freedom in the most rugged, independent sense. A setting of unfathomably mighty snow-covered mountains is punctuated by the more human-scale streetscapes of the region’s small towns. Durango, whose very name conjures rip-roaring images of the wild west,  is the byway’s “urban” hub with a population of 19,000. Sitting on the route’s southeast corner, it’s a place to eat a hearty meal, stock up for the ride, or even unwind in a hot spring. Driving north toward Silverton’s robust mining history, you’ll first cross the nearly-11,000’ Coal Bank and Molas Passes, where you might struggle to catch your breath not only from the elevation but also from the sweeping views.

Continuing along what’s known as the “Million-Dollar Highway,” you reach the town of Ouray (population 1,000). This enchanting locale is known as the “Switzerland of America” for its setting amidst magnificent peaks. Its Swiss-ness extends to the waterfalls to which you can hike.

After your car traces the northern edge of the loop and begins cutting south again, you’ll come upon the world-famous Telluride, the location of skiers’ fantasies. You don’t have to strap planks or a board to your feet to enjoy the lofty air, however. Summer events abound, and if you have a high tolerance for high places, take a scenic gondola ride to the 13,150’ summit.

The path is no less spectacular as you pass several “14ers”, Colorado’s 14,000’ peaks, including Mount Wilson. Near the town of Dolores, the McPhee Reservoir, the state’s 5th-largest manmade lake, comes into view. Stop at Mesa Verde National Park to view a stunning collection of Ancestral Puebloan archeological sites. If you so choose, stay in Cortez before finishing the byway’s southern tier and returning to Durango.

There’s something for everyone to love in Southwest Colorado’s dramatic mountains. On Alabama’s Selma to Montgomery March Scenic Byway, the mountains may be symbolic but climbing them was no less treacherous for civil rights pioneers in the mid-1960s American South.

This 54-mile route honors the memory of local heroes whose bold, nonviolent protests against violations of African American voting rights became nationally significant. It is worth noting that the Selma voting rights movement began well before the Civil Rights movement spread far and wide.

C.J. Adams founded the Dallas County Voters League (DCVL) in the 1920s, but his efforts were met with police pushback. After Adams moved to Detroit in the 1940s, his fight was carried forward by Sam and Amelia Boynton, who believed that voting rights and economic advancement would combat discrimination. The DCVL’s ranks were small but motivated as the federal government passed civil rights acts in 1957 and 1960, which were poorly enforced. Throughout the early 1960s, the Student Nonviolent Coordinating Committee (SNCC) made inroads in Selma, helping organize local residents to register to vote.

In January 1965, Dr. Martin Luther King Jr. was invited to come to Selma, where his Southern Christian Leadership Conference joined forces with the SNCC to protest peacefully.  A fatal shooting on February 18 led to 600 civil rights marchers departing Selma to petition the state capital on March 7, 1965. They were turned back by armed state and local lawmen after only a few blocks, leading to nationwide attention and the name “Bloody Sunday”.

A symbolic second march on March 9 became famous for Dr. King’s praying with a crowd of 2,000 on the Edmund Pettus Bridge, which you can still traverse today. The third and final march began on March 21; activists were accompanied by Alabama National Guardsmen and federal agents. Marching between 7 and 17 miles per day, the legion of demonstrators grew to 25,000 on the final day as they approached the capitol in Montgomery. The demonstration concluded with a speech during which Dr. King inspired those present and generations to come: “The end we seek is a society at peace with itself, a society that can live with its conscience. And that will be a day not of the white man, not of the black man. That will be the day of man as man.”

Highlights of the route include Selma’s Brown Chapel, the starting point for the 1965 march, the Pettus Bridge, a series of picturesque fields on which marchers camped, and of course, the evocative steps of the Alabama State House. Peer into the past at Montgomery’s moving Civil Rights Memorial and immerse yourself in the U.S. civil rights movement history. A drive along the byway today is an authentic peek into the history of these struggles and a worthy starting point to ponder the price of freedom.

Regardless of their physical location, roads and byways provide so much more than transportation; they permit movement and progress. They symbolize the very freedom on which our nation was founded. Sometimes all it takes is a change of scenery to remind ourselves of who we are, and who we’re capable of becoming. When you pack up the car for your next adventure, do it to reminisce, to admire majestic mountains, or to honor those who helped gain a voice for every American. Do it for the love of the road.